At the 2020 Game Awards, Among Us won the Best Mobile Game and the Best Multiplayer Award, but why did it become so popular this year?

Among Us is a social deduction game played by 4-10 people over local wifi or online. It is set on a spaceship and other locations. The objective of the game is to find the alien impostor(s) whose goal it is to wipe out all the crewmates. The impostors have the ability to kill crewmates, vent and sabotage the location while the crewmates have to do specific tasks to try and win the game. If a body is reported or an Emergency meeting called the surviving  players are allowed to talk to each other and deduce who the impostor is and can then vote them out, however the impostor has to deceive and frame the crewmates to not be found. For the crewmates to win they must either finish tasks or vote out all the impostors.

In Freeplay mode you have the ability to practice doing tasks and being the impostor to see how to play.

Why is it popular?

It was initially released in June 2018, but the recent rise in popularity is due to Internet personalities and streamers playing the game. Also due to the rise in staying at home, Among Us is a simple way of connecting with your friends and other people, giving us the social contact we needed. The simplistic nature of the game and great visuals makes the game easy to play. In Search terms on Google it surpassed Minecraft and Fortnite in 2020 and you can see the surge in popularity.

As of the 2021.3.5 update, the Quick Chat Function which was added in mid-February. If you have registered as under the age of 13, you will only be able to access this. This has 7 predetermined options to choose from; Accusation, Crew, Systems, Location, Statements, Question and Response, meaning personal information can’t be shared. If you are over the age of 13 you can choose between just Quick Chat or both Free Chat and Quick Chat. Make sure you check the settings to make sure that you have the chat settings you want and if in free chat mode or also in a public lobby don’t share any personal information. Having your own lobby you have the ability to ban people and even if you don’t in the game you can kick out certain players at meetings and you can leave the game as well. There are hacking problems but the the developers are quick to fix these.

Among Us has the tendency to be slow when using the chat function at times which the Quick Chat Function has also been introduced for. Also some people may leave the game if you they don’t get the impostor or they caught as impostor or die and there is no way to stop this. This makes the game less entertaining as it is easier for the impostors to win as games are shorter. There is also no one moderating the chat function.

The future of the game

The developers have announced the new Airship Map is launching on March 31st, where you will have the ability to choose the room you start in. Innersloth previously said that a sequel to Among Us, “Among Us 2” was going to be developed however they have now said they are going to keep improving the original game and work on it for as long as they can. Some fans have created custom mods for the game and mini games, some which can be played and others which are fun to watch to pass the time.

I definitely enjoyed playing this game as it was easy to play and I really enjoyed trying to find who the impostor is. However I think there is a slight decrease in popularity since the end of last year , but when the new map drops there could be a renewed interest in the Game with those who have stopped playing. The positives of this game definitely outweigh the negatives but I would make sure you are cautious especially in public lobbies. Private lobbies are the best!

Featured Image by ChristianaT from Pixabay 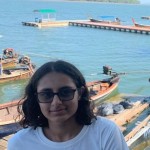 Hi, I’m Adithi and I’m in Year 10. I am a digital leader with an interest in cybersecurity. I am a Google Certified Educator Level 1 and have taken part in Robotics Challenges representing the school. I have also achieved a Bronze Industrial Cadet Award. I enjoy playing the Flute and Piano, playing Badminton and doing Karate.