Minecraft, referred to as the “greatest video game of all time”, is being played monthly by over 112 million people! It’s one of the biggest games in the world and it has amassed 250 million registered users since it was first launched in 2011. It’s safe to say that Minecraft has been silently dominating over the past 10 years.

Minecraft is a Lego style adventure game which puts players in a randomly-generated world where they can create their own structures and contraptions out of textured cubes.

There are two main modes within the game: ‘survival’ and ‘creative’.

In ‘survival’ mode players must find their own building supplies and food. They find resources to craft tools while avoiding moving creatures (mobs) such as creepers, zombies, skeletons and giant spiders. Players have a health bar which is drained by various factors such as: an attack, drowning, or falling into lava. Players also have a hunger bar which is replenished by eating food. They are safe during the day but must build their house by nightfall to avoid the monsters.

In the ‘creative’ mode, players are given supplies to build whatever they want and have the ability to fly as well as no need to eat. The mobs do not attack, however, they can roam around. Players can roam freely and the aim of this mode is to encourage building objects creatively.

How did Minecraft become so popular?

Minecraft initially became popular due to the freedom it gave to do whatever and build whatever. Another aspect that made Minecraft so addictive was the endless tasks in survival mode. There is always something that needs to be done, whether its collecting wood or mining coal or diamond. You also get the chance to discover the unknown and unexplored and have control over your own life.

It is the most played game on YouTube and every year Mojang, the company that created the game, hosts an event called the MineCon where Minecrafters meet and enjoy games and contests. Minecraft isn’t just a computer game, it’s grown to become a culture.

However, over time the popularity decreased and a huge factor was the uprise of a new game, Fortnite. But one major cause of Minecraft’s comeback in mid 2019 was a YouTuber known as PewDiePie. Felix ‘PewDiePie’ Kjellberg uploaded a Minecraft video which resulted in his most successful month in years and his video got over 35 million views. His reignited interest in the game has led to other YouTube creators picking up on the trend. This caused viewers to play the game and it been growing ever since.

My opinion on Minecraft

I used to play Minecraft all the time when I was younger. I enjoyed the freedom I got, to do whatever I wanted and the ability to play for as long as I wanted without getting bored. There was always something I needed to do and it was never the same task. One feature I especially liked was the ability to tame some of the passive mobs. I enjoyed playing both creative and survival mode but I think my preference was definitely survival mode. I got the chance to start from the beginning and see if I could truly survive by myself in the wild. The game is very entertaining and I loved playing multiplayer with my friends and building a mansion with them or playing against them. My favourite part about Minecraft would be the versatility of it and how it can go in any direction. The generated world is yours to control!

What is your opinion of Minecraft? Have you played it and then lost interest? Have you been playing it for years? Has the addition become so great that you simply can’t image stop playing it? Share your thoughts with us below! 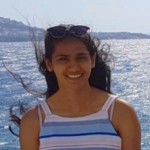 Hi! I’m Kashish and I’m a Digital Leader. I love making my life easier and more efficient with technology. I got the opportunity to become a Level 1 Google Certified Educator last Summer and I also enjoy reading (any fiction book!) and playing badminton!

5 thoughts on “Minecraft: the Greatest Video Game of all Time…?”