Twitter is a social media platform that uses ‘tweets’ to express users’ thoughts and observations but with a limit of 280 characters. This platform allows you to follow not only your friends and family’s views and life stories, but also role models such as sports personalities or celebrities. With over 330 million monthly active users, Twitter may be classed as a ‘social media giant’. However, this figure is far below both Instagram and Facebook’s user community.

Only 13% of secondary school students use Twitter compared to the 61% that use Facebook. The San Francisco-based company has an official age rating of 13 but the platform does not seem to be used by those of that age. Twitter has a lot of political and news-based content which many young people may not have an interest in.

The social media giant does have several safety measures in place to protect young people on their site. There are rules against bullying, hateful conduct and adult content. Guidelines are also in place to prevent users from sharing personal detail and photos/videos etc.. Although these measures are established, they do not seem to encourage users in the younger age range.

Users are able to report and block others who they think are breaking the rules through bullying or harassment which is often more prevalent amongst the younger generation. The US Library of Congress stores all tweets posted for posterity. This means your tweets will still be stored and could be viewed by future employers etc, even if you delete a tweet. This may drive teens away.

In conclusion, Twitter is definitely accessible to the younger generation. Due to the etiquette and safety rules that are in place, it is suitable for over 13s. Over 13s may use the site but figures show the opposite. As teenagers, it seems, are generally less interested in news and politics, this may make them more likely to steer away from the media platform. The network is generally more serious as it is more likely to be used by adults to contact companies to complain, or retweet other people’s opinions.

Overall, I think Twitter has the potential for teenagers as it has all of the safety precautions needed to keep them safe but the reality is that it has far to go to catch Instagram or Facebook.

What are your thoughts? Are you a student who uses Twitter and, if so, what are the benefits? If you don’t use it, why not tell us why – we’d love to hear from you! 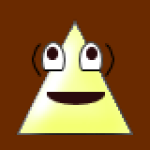 9 thoughts on “Twitter is just for adults – isn’t it?”