The rapid rise of TikTok has set it to become one of the most popular social media platforms worldwide. The app, allowing anyone to make and share short comedy, dancing and vlog-style videos, has made it increasingly easy to become the next rise to the spotlight. But is this really as attractive as it may seem?

Secondary schoolers around the World are becoming famous overnight – but none quite as much as fifteen-year-old Charli D’amelio. Without the right to drink, get a piercing, or even drive, the secondary schooler dominates the app, having amassed over 30 million followers since setting up her account in June 2019.

While the teen is still trying to rack her head around her sudden fame, is it safe for such young, vulnerable children to have so much power? Even Charli herself has claimed that the attention is ‘weird’ and ‘overwhelming’, not to mention the amount of negativity and hate that goes around online. Interrupting her school life – is her overnight success harmful to her and her future?

Although, the fame isn’t all that bad for this famous teen. Leaving her pricey private school to pursue her career in LA, the young girl has already collaborated with brands such as Prada in Milan fashion week, being treated as an A list celebrity by the age of just fifteen.

Ultimately, despite being at times invasive and perhaps interrupting an academic future, the fame has brought young teens across the world opportunities and incomes not found anywhere else. These young people can always return to school when social media dies down, but for now, they are living their dreams and earning more money than they’ll ever need from a single app on their phone.

The Hype House – Constant Party or just a Publicity Stunt?

Los Angeles, California. A city full of Actors, Singers, Dancers, and now TikTokkers. The LA mansion, nicknamed ‘The Hype House‘ is home to 19 famous TikTokkers all under the age of 20.

In a world where fame is rapidly switching from the big screens onto our handhold screens, these young teenagers are earning hundreds of thousands simply from their luck, appearance, and personality.

Speaking to any person under the age of 18 the week before Christmas would’ve resulted in a conversation about these young stars. But how are these teenagers so influential? Young people nowadays look up to people their own age, but is it really healthy to be inspired by school dropouts that dance in front of a phone?

Furthermore, the owner of this mansion, twenty-year-old Thomas Petrou, forces these young influencers to push out content daily by only feeding them if they have posted that day. Shocking? Definitely. These are young, vulnerable people we are talking about. Collab houses shouldn’t be displayed as places where it’s a chore to interact with your audience. But this toxic factor doesn’t seem to put any of these young people off living here and pursuing their fame.

After all, these kids are making more than most people ever will in their lifetime. Working hard, they earn thousands per post at ages as young as fifteen years old.

However, relying on a source of income from a Chinese app that could crash down as quickly as it blew up probably isn’t the best idea for these teens living in a huge mansion in LA. In fact, TikTok is under review as a national security threat to the US, where these stars reside. With no education past 16, most of these young kids have a damaging future ahead of them when the social media of today begins to decline.

But what about on a Smaller Scale?

So why are so many teenagers nowadays ‘addicted’ to TikTok? Dodging doing their schoolwork and revision to spend hours aimlessly scrolling through and making videos of their own, leaving the rest of society to just sit back and wonder what is so entertaining

Guilty of this myself, most of us spend up to a whole hour creating fun, humorous videos to post on the app, in hopes of ending up on the ‘for you page’ – an endless flow of videos created by other users – and getting thousands, if not tens of thousands of views. It seems as though almost all young people nowadays know popular TikTok dances such as Renegade, and those who don’t could even feel left out just for not logging on to the app!

Perhaps it’s the adrenaline rush of getting followers, views and likes after posting a video and bragging about it to your friends the next day, or the homely feel of hundreds of millions of users your age all on the same app, sharing comedy and experiences.

Nonetheless, I think it’s safe to say teenagers nowadays have more of a worry of getting famous on a Chinese app than getting good school grades – and it will stay like that for a few more years!

What are your thoughts about TikTok? Love it or hate it? Share your comments with us below!

Disclaimer: It has not been possible to identify the copyright owner of all the pictures in this post. If there are any copyright infrigements please contact us and we will remove the affected image(s) immediately. 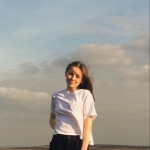 Hi! I’m Madeleine and I’m in Year 12. Since becoming a Digital Leader in Year 10, I have used technology in a range of different ways including coding various projects and communicating with others. In my free time, I love to dance and play my clarinet in multiple orchestras and ensembles.

2 thoughts on “Teen TikTokkers and their Overnight Rise to Fame”